The History of Gaming. 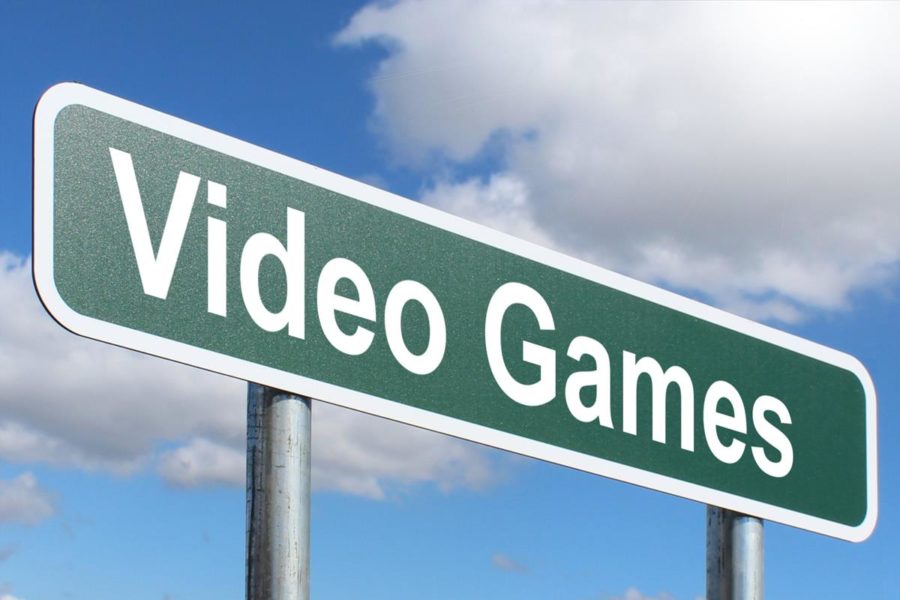 In the 70’s, a video game called pong came out. This was a basic game where one player would be on the right side and the other on the left. A ball would bounce off each player’s moving wall which was little and was a very repetitive game. But before that came computer space which was a combat game that was in space. Video games then were only for bragging rights with your friends and who is better. It was not like sports where someone can win money playing and getting any reward. After a couple of years, these games were able to be brought home and put on the first video games console called the Atari, and it blew up. Everyone wanted one and video games became a pastime for kids. In the late 70’s, arcade games came out, with arcades only having games for people to play. Classics like Space invaders, Lunar Lander, Asteroids and many more came out. This started a whole new era for video games.

Now it is time for the 80’s, the biggest year for video games. Arcades were now open all the time and kids would spend hours upon hours playing video games and just for fun. They were so popular that there were awards for people who got great scores on games and got recognized by the public. One game that changed everything was Pac-Man. No matter what age you are, you know whoPac-Man is. One big yellow ball eating dots and trying to stay away from ghosts and move on to the next levels. Another game was donkey, known to be the hardest game in the arcade. If you were able to get past many levels of this game, then you were praised. Many industries grew because of these arcades and kids now spending their lives playing these games.  The Atari Was still able to be played, but kids wanted to go to the arcade with friends, play each other and see who is the best. It is not until the 90’s where video games at home were able to be with friends.

In the 90’s, arcades were still booming with kids all ages playing or hours. Then, in 1994, Sony came out with the Playstation. This console was different from other consoles because you were able to play without leaving your house. It was basically an arcade from home. Many people started staying at home and playing video games, so the arcades started to die down and many companies fell and many arcade games that used to be loved, are now gone. The new era has taken over. If you look for arcades now, it is much harder to find them because everyone has gaming consoles and no one needs arcade games anymore. Later in the 90’s though, a man by the name of Billy Mitchel, beat Pac-Man. No one thought it was possible to beat it. He got a score of 3,333,360. What happens when you get this high of a score is half the screen because coding, and the other is still the game. When this happened, everyone freaked out and Billy got many awards and acknowledgements from the Pac-Man creator himself Masaya Nakamura, he created Namaco the company that created Pac-Man and was called the father of Pac-Man. But even though someone did the impossible, arcade games were still dying.

In the early 2000’s, a new console was released by Microsoft. This console, the new XBox 360, became a huge success and was major competition with the Playstation 2 and Nintendo’s Game GameCube. New games were blowing up and everyone played this new game called Grand Theft Auto 5. People were talking with friends while playing games from their house. In 2003 a first person shooter game called Call of Duty became very popular. This was a hit and with a multiplayer game to play with random people and friends. Also a game mode called campaign. Campaign features programmed characters and an intriguing story line. This created a base for many games to come out in the future. Activison and Treyarch, the creators of the Call of Duty franchise, created many more games and all of them blew up and made the gaming industry become huge. When YouTube came out, people started posting videos of them playing. Many of these people became famous and rich. This started to become a sport and tournaments started for real rewards.

When Call of Duty became so popular, a new game called Call of Duty Ghosts came out, PRO players came out and they made real money from tournaments. This grew and other games did the same thing. Later on, Fortnite Battle Royale came out. It was an instant hit. No matter what age, everyone was playing and having fun. A new popular thing was watching players stream it on Twitch.

Players grew and got paid for views, and how many people followed etc. There is something called skins in Fortnite. This does not grant an advantage to players but is cool. People spent hundreds to thousands of dollars on skins, dances and gliders. Tournaments happen every week and people win real money. One kid named Kyle Giersdorf won $3 million dollars at the age of 16. There are many kids ranging from 14 to 18 who are millionaires for just playing video games. Kids are getting full ride scholarships to colleges for games. Who knew it would be this big of an industry. The industry has grown and with more kids being born every day, the industry will never die. Companies have grown and made profit from this too. One company called G-Fuel or Gaming Fuel is a drink that is supposed to be for gaming. They are able to sponsor major companies and make so much money.

Many other companies grew like this and video games have just created a whole market and give a life to kids, they grow up on these. Graphics have changed so much from some pixels to hundred of frames creating games that look like real life! Most humans see about 60 frames per second and maybe more, but games have been able to spit out 360 frames per second making games very smooth and easier to play! It has created an industry that no one thought would be this big. Video games are just growing and kids will have opportunities to become famous and get a job which is crazy to think about.