Is Super straight Preference or Transphobia and where do we draw the line? 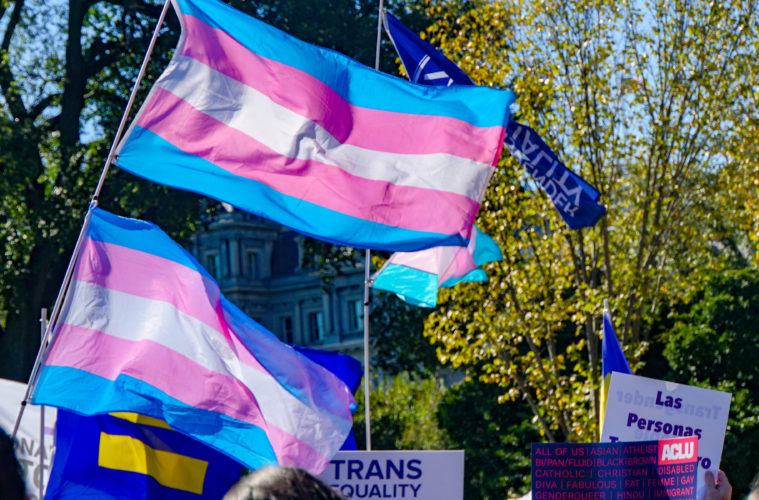 Is the new found sexuality “super straight” an actual sexuality or just straight out transphobia? A 20 year old by the name of Kyle Royce took Tik Tok by storm and posted a video explaining his new ideas. He explained how he now goes by super straight, so people cannot judge him on not wanting to date someone who is trans. He explained how the LGBTQ+ community likes to create many sexualities and as stated by him he “used their logic against them.” This whole idea of super straight from there has become very controversial. Many of the commenters agreed with him and decided to change their profile picture to the new super straight flag. This has all of TikTok wondering the difference of preference and transphobia. Many have come to clear conclusions on this topic. Super straight is not preference, and is just straight out transphobia.

If you are super straight, you might be transphobic. By not wanting to date a person just because they are transgender means you don’t accept them as a regular person like anyone else. Many say “I’m not going to date a fake woman or a fake man”, which is quite literally straight out transphobia. By denying to date a trans person for that reason you are saying that they are not really a man or a woman. You are denying their whole identity and everything they have worked for. All a trans person wants is to be accepted, and with this whole super straight movement it feels like we are taking a step backwards in progress. By this movement becoming mainstream it gives transphobic ideas to younger audiences as well and teaches bad things to their growing brains.

Unless you are a transgender person, you will never truly understand how trans women and men are affected by this movement. On the contrary, Ella O’Dell does. Ella O’Dell is a 14 year old transgender women from the state of Georgia. She has strong opinions on this movement like many others do. When Ella was asked overall how she felt about the super straight movement, Ella explained,  “Overall, the super straight movement is just a way to counter attack the transgender community. Preference is okay, but only to an extent. If you won’t date a trans person because of ‘who they were in the past,’ I would consider that transphobic. This is because you are invalidating the person they present themselves as right now. I get if it makes you uncomfortable, or it has something to do with your religion, that is totally okay, and a valid reason to not date a trans person! I respect those excuses. However, when someone says they will simply not date a trans person because they were a man or woman before, even after they’ve had multiple surgeries and treatments, is overall transphobic. All trans people want is validation and love from people who don’t care about who you were in the past, or what’s in your pants.”

Ella explained beautifully how denying that a trans woman or man is a real woman or man is transphobic. By stating you are super straight because you believe a trans person is a fake man or woman, is extremely transphobic. Yes, you may have some reasons not to date a trans person, but you cannot just choose not to date them because of their background.  Ella greatly lets us know the difference of preference and transphobia.

When asked  if she thought Super Straight was created with valid reasoning or just as a joke to mock the LGBTQ+ community Ella stated that,”In my opinion, i think they thought they had a valid reason creating this ‘sexuality,’ but it’s actually just a joke. Eventually. It will fade and people will forget about it. However, it is still very hurtful especially to us trans people. It is basically mocking the LGBTQ+ community.” With time, this joke will fade but that doesn’t mean people won’t forget. This whole joke was created to mock the community on its many sexualities, but this is so hurtful to people.  She shows how she does not believe super straight is an actual sexuality by putting it in quotations, which is completely true. It is not a real sexuality. It gives many an excuse to be transphobic and Ella explains how hurtful it is to transgender people like her. Though many might think super straight is serious, it’s just a joke with bad intentions and ideas. Why does one feel the need to create something just to mock another thing? We see this alot in the media today.

When asked “how does this impact you as a trans woman?” Ella explained,”Personally, it really does offend me. how would you feel if someone completely hated you because of something you couldn’t change? Being transgender is not a choice by no circumstance. Preference is okay, but with a valid explanation and excuse. I could care less if someone didn’t like me. I like me and that’s all that matters! If I’m comfortable with myself being trans, I don’t need anyone else’s validation, especially from a man. It almost feels as if a whole community is attacking me and my people for just embracing ourselves. All we want to do is live normal lives as the preferred gender we use. Is that so hard? Overall, I get offended when someone identifies as ‘super straight.’” Ella greatly described how she just wants to be accepted for who she is. She explains how she will not let people bring her down and deny who she is, since she is prideful of herself. Her and many other people who identify as transgender just want a significant other that will accept them, and just to feel accepted by everyone. How does Ella’s gender identity impact anyone but her? She can’t control who she is.

Finally, when asked “Is Super straight plain out transphobia?” Ella answered, “In my opinion, yes it is. It’s super invalidating to the trans community, basically saying you will always be your birth gender. Coming from my perspective , I completely understand when people are uncomfortable, however it’s only acceptable to an extent. If you just plain out don’t like trans people because they’re “different” or “weird” that is transphobia. Transgender people always want to feel validated, no matter whom it’s from. Overall, the super straight movement is just a way to counter attack the trans community. It is a transphobic way to say ‘I Will not date a trans person.’ The trans community as a whole just wants to feel loved and accepted for who they are. Looks shouldn’t matter regardless of any person! Who they are on the inside is what matters. The common misconception of trans people is completely invalidating and transphobic.” This greatly concludes this whole saga of the super straight movement. Ella Explains to us how with the right excuses it’s alright, but a line must be drawn. If you do not like trans people solely because they are trans that is transphobic. If you do not accept transgender people as how they identify, that is transphobic.

After hearing Ella’s words and feelings on this movement and you identify as super straight, one can hope you have rethought that out . It is extremely important to rethink and be knowledgeable about things you believe in and how it affects you and other people. Do not just follow the crowd, do research and know what you are saying. You can find Ella on instagram @ellatiics if you would like to ask more questions. She, like many other people, is happy to help and explain and inform others on what she goes through. In conclusion, just accept people for who they are. Difference is important, and accepting that makes the world a better place.