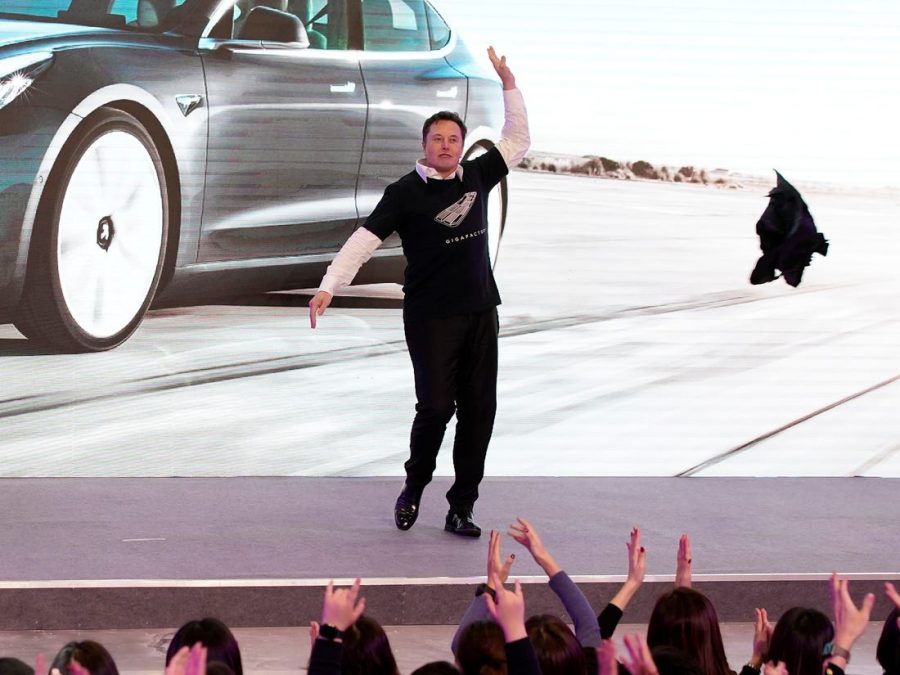 In the late 1800s, the first gasoline powered car was built. It was a major scientific breakthrough and boasted an internal combustion engine, progressively developing to have a lifespan of around ten years. The car industry has now dramatically developed. As people discover more and more powerful technologies, the automotive industry has become an increasingly exciting market for investors and customers.

One of the companies at the forefront of this movement is Tesla. The company, founded by CEO Elon Musk, has faced major skepticism among critics, but the Tesla team has proved many of their critics wrong. Elon Musk is the CEO of two major companies, Tesla and SpaceX, a space exploration corporation. Tesla stock has been on a wild run lately, leaving investors baffled and shorters with astronomical losses.

Tesla has lead the electric car market, where many competitors have risen over the years. Many of these competitors are in the electric vehicle market, such as Porsche, Ford, and General Motors. However, an emerging technology poses a more major threat to Tesla’s dominance in the zero-emissions market than any of its EV competitors, namely, hydrogen cars. Hydrogen cars are a serious threat to Tesla and despite Musk’s comments, they can cause a major swing in Tesla’s future profits. Companies have paved the way with new technologies to form a volatile car market, inviting investors and a myriad of customers.

Tesla got off to a rocky start. When Tesla was first founded, Martin Eberheard was the CEO of the corporation. Tesla got off to a bright beginning, with the revealing of their first car, the Tesla Roadster, a major success. However, Eberheard made unrealistic promises, and although he promised at first that the Roadster would begin production in early 2007, numerous production problems began to push the date further and further.

Soon, it became apparent that Eberheard was not competent in doing his job, and he was removed from the company that he had founded himself. Elon Musk, being the chairman of Tesla at the time, was the person to replace Eberheard as CEO. At this time, Elon Musk was also the CEO of SpaceX, and his business dealings were becoming rough. SpaceX failed to launch their first three rockets.

Tesla has grown into a major car company, owning over sixty percent of the current zero-emissions market. This has prompted some investors to buy into its highly volatile stock, and others to make bearish shorts on it. Tesla has gone from the fifth most valuable car maker in the world to second place, finishing behind Toyota. Tesla has nearly doubled since last year, and it has continued to be on a bullish run.

One of the core reasons for Tesla’s success in the market is their demand. Although Tesla is one of the last profitable car companies in America, the demand for EV’s has become exceedingly high. The high demand that Tesla experienced depicts their ability for growth, which demonstrates to investors that there is an opportunity for profitability. Furthermore, Tesla has had many strong quarters, making them an even more attractive option in 2020 as it delivers on better numbers.

However, there are still dangerous potholes for Tesla’s stock. Recently, the Tesla team announced that they would have to suspend production for a few days because of the new coronavirus scare in China. The coronavirus has not only affected Tesla, but the entire global economy, including major companies like Apple, where much of their production is done in China. Tesla has exploited their technologies to produce much growth, and as viruses and health problems in China begin to take the spotlight, they must continue to push hard to preserve the confidence in their investors.

One of Tesla’s most significant competitors is the hydrogen car, which is a legitimate threat. Hydrogen cars beat EVs in many major categories, including charging and range. When it comes to charging, Tesla vehicle may take up to an hour to fully juice the battery. On the other hand, hydrogen cars do not need charging at all, rather, they need a swift refill that takes a mere five minutes.

Cars have evolved drastically, and now electric cars and even hydrogen cars have begun to disrupt the market. The electric car revolution has begun, and Tesla is one of the forerunners of the movement. Despite its rocky start, Tesla has become one of the most formidable EV corporations, and as a result, the company’s stock has been on an unprecedented run.

However, Tesla stock does still face looming challenges, as the coronavirus outbreak spreads through China and has forced the Tesla gigafactory in Shanghai to temporarily stop production. Lastly, the hydrogen car is a major threat to Tesla’s market share in the zero-emission’s industry, and Elon Musk should begin to consider the consequences of having such a vehicle in the consumer market. The car industry has become one of the most lucrative and volatile industries in the world and investors are approaching a reality where EVs are battling for profits with their fellow hydrogen car rivals.