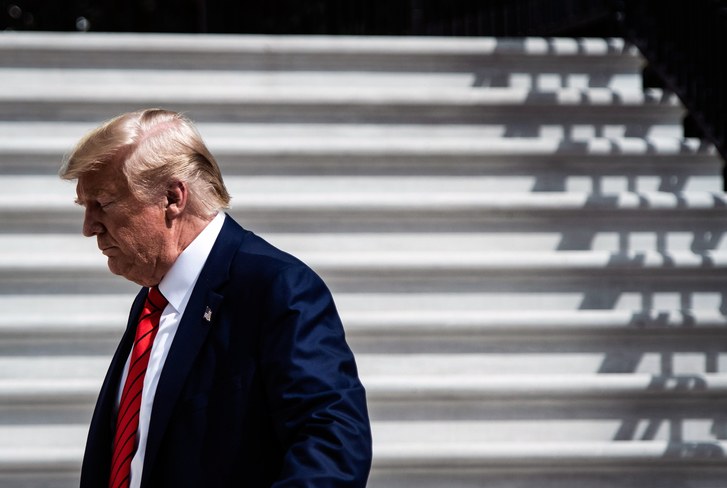 Ever since his election as president of the United States, Trump has been an extremely polarizing figure, with controversy and scandal surrounding him constantly. The country has remained so divided over this one man, and all of this has finally culminated in the impeachment process, which was set in motion after a whistleblower complaint about a call between Trump 1and the president of Ukraine, Volodymyr Zelensky.

Since the White House declassified the call’s contents, accusations of quid pro quo, bribery and abuse of power have been thrown around. After weeks of debate, the House of Representatives finally reached the conclusion that Trump did in fact abuse his power, and made him the third president in the history of the U.S. to be impeached. However, the Senate must now make the decision whether to officially remove him from office, and once again, the issue has driven a wedge between every citizen. Many people are defending Trump, and some people are even wondering the point of continuing the removal process with the possibility that Trump will not be elected in the 2020 race. Trump should be removed from office because of both abuse of power and quid pro quo, as well as setting an example for future presidents while avoiding the possibility of Trump depiciting himself as a martyr.

As a man with one of the greatest powers bestowed to him, Trump is also tasked with the responsibility of upholding the integrity of the country. Instead, Trump abused his power for his own personal gain, and engaged in quid pro quo with Zelensky. According to Vox, a week before the call took place, Trump had decided to “order chief of staff Mick Mulvaney to suspend $400 million worth of US military aid to Ukraine” and that during Trump and Zelensky’s conversation, “after a few pleasantries early in the call, Trump brings up this military aid unprompted. ” Though there could be any reason for Trump to withhold aid from Ukraine, it immediately becomes clear that he has one motive in particular.

In exchange for returning military aid, Trump asked for a “favor,” which the whistleblower directly states that “the president used the remainder of the call to advance his personal interests” and “sought to pressure the Ukrainian leader to take actions to help the President’s 2020 reelection bid.” Trump’s conditions entailed the following: investigating Joe Biden (his likely rival in the election) and his son, Hunter Biden. He also requested that Ukraine aid in confirming the theory that Ukraine was the one to interfere in the 2016 election instead of Russia. There has been no specific reason provided by Trump or the White House for these requests, and it is obvious here that Trump is not acting in the best interest of the whole country but rather for himself. The claims that Ukraine was the one to intervene in the 2016 race instead of Russia and that Joe Biden is involved in corrupt activities have been completely unfounded and seem to hold the purpose of helping Trump advance his political agenda.

Even with Trump being convicted of abuse of power, many people do not see the point in trying to remove Trump from office this late in his term, as they believe that there is a low chance of him being reelected in the 2020 election. In a poll conducted with numerous students in BF, one student stated, “The government shouldn’t be wasting their resources on trying to remove him if the election is coming up.” Although this is an understandable attitude towards the situation, it is easily just as harmful. There have been only two other presidents in the history of the U.S. that have been impeached, but none have been removed because the Senate has always been dominated by the president’s party. However, Trump’s situation is much more dire than other instances. Bill Clinton, the second president to be impeached, lied about an affair with another woman, and was impeached for perjury. Meanwhile, Trump is demanding foreign involvement in U.S. politics, but it is not likely that he will be removed from office, because the Senate is predominantly Republican. Although impeachment does still set a strong example, impeachment is not the last step in removing a president from office, and the possibility of removal is low, so the president will be saved. If Trump is not removed for something as severe as this, it sends the message that as long as you are backed up by your party, abusing your power can be done.

Another important point is the Republicans framing Trump as a martyr, and the possibility of his reelection in the 2020 race. Trump has always been the subject of criticism since his entrance into office, but it has never been this severe until now. According to POLITICO, “To the Trump team, it’s the perfect opportunity to make Americans feel sorry” for the president, and that “the campaign’s strategy is hardly foolproof.” This may sway some of the public to Trump’s side, which will only empower him more. Additionally the polls about Trump and his approval ratings are showing much evidence towards reelection.

According to Vox, Trump’s approval ratings have not changed much even with the Ukraine scandal, with them stating that “you need to squint pretty hard at the polling data thus far to see the impact. His poll numbers sunk a point or two when the Ukraine news initially broke but seem to have rebounded back as the impeachment process went on,” and “looking at Trump’s approval as a whole, his two worst moments were the unpopular 2018 tax law and the government shutdown in early 2019.”

Nothing that’s come out about Ukraine has been nearly that bad for his approval numbers.” Vox also comments, that “And in a larger sense, to the extent that Trump’s goal was to hurt Joe Biden’s presidential prospects, his strategy is arguably working. Biden’s approval ratings, after all, have declined over the past several months more clearly than Trump’s have.” Although it may seem as though the whole situation is detrimental to Trump’s agenda at face value, in reality, it may be helping him in persuading the country that he is still a valid candidate.

With the situation being put on hold these past few weeks, it is unclear where the issue is heading. It is apparent that Trump abused his power as the president, but he is twisting the situation to his advantage so the likelihood of his reelection is higher. It is fair to say that Trump is not fit to be the president, especially for another four years. Although the country may still clash and struggle over where the whole truth lies, it is crucial that we do not forget about what has happened and what should be done from now on to prevent another offense like the issue at hand in the future.