How I Overcame My Unhealthy Relationship With Food

How I overcame my issue, and how you can too. 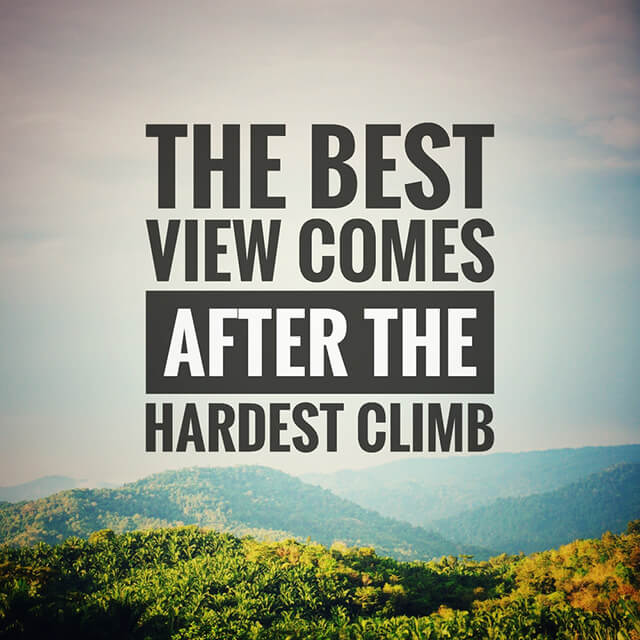 Growing up, I was never concerned about what I ate, or how my body looked.

Sure, I was a little chubby as a kid, but the doctor said I was in good physical condition. I had no health complications. Nobody ever said anything, either. To me, food was just food. I just ate whatever tasted good to me as a young elementary schooler.

My parents, however, expressed their concerns about my weight from a young age. Not for my health, but for the sake of fitting certain beauty standards. And it’s not their fault. They were both born and raised in South Korea, a place where beauty standards are known to be grueling and push both men and women to extreme lengths to perfect their appearance, resulting in plastic surgery and developing eating disorders.

An example of these beauty standards is when I went to school in Korea. I remember comforting one of my friends after a boy had called her the leader of Africa just because her skin was a shade darker than everyone else’s. Everyone had laughed at her, including the teacher. Another was when my mom was only twelve years old, she went on a diet consisting of two apples and an egg a day for a week to lose weight. The reason? The boys in her class rated all of the girls by their looks, and she was placed dead last because she was “chubby.” Mind you, she was already underweight at the time, causing her to faint near the end of her fad diet. And she’s not alone. In America, if one asks another about a diet, the conversation would become awkward, but in Korea, diet talk is the norm. A compliment like, “You look like you lost twenty pounds!” could be the American equivalent of, “I love your new haircut!”

As a result, my parents were concerned about my weight growing up, but they never did anything to fix it. They let me eat what I wanted, and I continued to stay slightly chubby all throughout elementary school.

Then came middle school. I was an accomplished pianist at that time, and I was entering an extremely competitive competition that could possibly determine my future. Being only twelve years old, this was an extreme amount of pressure, along with the new stress of middle school, friend drama, and the bombardment of homework assignments. My parents were supportive, of course, but they never truly understood how much I was struggling. This caused us to fight. A lot. We disagreed on a lot of things, and I began to feel incredibly lonely.

I had no one to go to. My friends didn’t understand, since none of them were competitive in music like I was. My parents wanted the best for me, but again, they didn’t understand. My teachers or even my guidance counselor – I could never tell them about my problems, since I didn’t know them well enough to open up. I began to look for a way to escape, to forget about my horrible reality of waking up at 4:00 am just to practice, and sleeping at 12:00 to finish assignments.

I began to look for a refuge in food.

Every single night, after my parents went to bed, I would cry on the piano bench for a full hour from all the stress I was dealing with. Then, I would creep into the kitchen, take a bag of chips, a bar of chocolate, maybe even a whole box of cereal. And I ate. I ate and ate and ate until my stomach felt like it was about to explode, I ate until I could feel the food expanding my stomach and coming back up my throat. The food filled up a sort of emptiness in my heart. It made me happy when nothing else could.

And this went on for a while. Of course, my parents noticed. They noticed the food disappearing every night, and either they felt bad for me and let me continue, or they thought that the family was just eating more as a whole. They also noticed me gaining weight, and they were extremely unhappy. They had to go clothes shopping often to buy a size bigger. I was “fat.” To them, fat was a synonym of ugly and lazy. To them, fat was one of the worst things a human could be, even worse than being jealous, shallow, cruel, or vain.

It was around this time my parents began to say degrading comments towards my size. I’ll never know if they ever meant anything they said, or if it was just the stress of me failing that caused them to act this way. But they put me on a diet. They fed me salads for dinner, fruit for lunch, and a glass of milk for breakfast. They made me run on a treadmill. If I lost weight, they were happy and they hugged me and told me that they loved me and I was trying hard. If I gained even a single pound, they would be upset, and say I wasn’t working hard enough. That I was a disappointment.

It was this mindset that broke me.

Now, all I knew was that if I lost weight, my parents were happy. And my young, twelve year old mind thought like this: I had disappointed them because of my competition. I hadn’t been accepted, and that disappointed them. The only way to make them happy…was to lose weight.

I clearly remember the day I decided to skip my meals. I skipped breakfast by waking up early and saying that I already ate. Lunch was easy, since my friends never questioned what I did during lunch, and my parents weren’t there to spectate me anyway. And dinner, I usually got away with eating a little bit, since my parents were so immersed in diet culture. If this was any other American family, the parents would be worried if their daughter came home and cried about eating an apple. But for me, I was a Korean girl living in America, and her parents wanted her to be thin.

Now it was late at night. My parents were in bed, while I was just lying down upstairs. I was sobbing into my pillow; not having food for the first time was horrible and I was so unhappy, maybe even worse than when I was preparing for my competition.

And before I even knew what I was doing, I headed downstairs into the kitchen, flicked on the lights, grabbed biscuits from the counter, candy from the pantry, pasta from the stove, and bread from the table… and ate it all.

It was like something had taken over my brain when I did it, like a survival instinct. I knew I shouldn’t have done it, but I couldn’t stop myself. I was unhappy, and I needed to be happy. Once again, food was the only answer,

When I finished eating everything, I felt gross. I felt fat again. I felt ugly and lazy. I weighed myself, and instantly, I weighed three pounds more. I began to sob again, for I had failed. My parents would be disappointed, and I would be ridiculed.

When I woke up in the morning, I decided I would have to skip my meals again, to compensate for what happened last night. And just like the day before, when I got home after my parents went to bed, I binged once more.

I didn’t know this at the time, that it was an eating disorder. A special type, known as non-purging Bulimia, where I compensate for binging by fasting, or laxatives. But since diet culture was so normalized in my household, I never knew that this was a problem. In fact, my parents encouraged fasting whenever I overate. It went on for a long time, about three months, and I entered seventh grade. I became depressed; I skipped homework assignments, started cutting myself off from my friend group. The only thing I looked forward to when I woke up in the morning was going back to bed at night.

And the worst part was that I tried to tell one of my friends about it. But she wouldn’t believe me, because I was maintaining my weight. In fact, I was gaining at a slow rate. Starving myself all day wasn’t enough to compensate for my nighttime binging. I remember telling her about my problem, and she said, word for word, “But aren’t people with eating disorders, like, skinny?”

And then my parents found out. They were angrier than I thought they would be. In their minds, they wanted the best for me, and they believed I could only be happy if I were thin. They found my wrappers I stashed beneath my desk, and the candy I kept in my closet. They yelled at me, said that I had disappointed them and that I wasn’t even struggling enough to have this problem. They went as far to say that they were embarrassed to bring me around in public, and they wished I could be skinny and beautiful like my other friends and make them proud.

I was heartbroken. All this time, I had been trying to make my parents happy, to make them proud of their failure of a daughter. Instead, my efforts were in vain, and I ended up gaining weight and doing the opposite.

This went on for a while, but my point here is not to tell you my sob story and receive pity. My point is to tell you all of you who are struggling with this to get help.

That’s all. Getting help is difficult, and it’s easier said than done. You’re worried that you won’t be taken seriously, or that people will see you differently, or you’re just embarrassed to share your problem. I know I was, and I felt ashamed whenever I tried to bring it up. But really, reaching out to anyone – whether it is your parents, friends, or guidance counselor, anyone can help. As long as you are struggling, you are valid – eating disorders can happen to anyone of any race, gender, or age.

When I first told my parents that I had a problem, they were shocked. They had no idea their words were hurting me, and at first, they didn’t even understand. In fact, I’m sure they still don’t understand to this day why I was so upset. But one thing was sure: they knew I was hurting, even if they didn’t know the reason. That, in my mind, is important. It doesn’t matter if no one understands. It doesn’t matter if they don’t know why, but what does matter is that they know you are hurting. Once my parents learned this, it opened new options for discussion and therapy. They helped me recover, and even though they didn’t know what was wrong. But that was enough, and all that mattered.

My parents will never change their views, for it was what they grew up learning. I may never have a fully positive body image again. But despite all of this, I’m getting better. While there are days where I wake up and feel like crawling out of my skin, there are days where I love my body, where I feel grateful that my body functions and works the way it should. Those are the days that are worth living for.

To recover, you need to reach out. Don’t do what I did, and bottle down your feelings and hide it from everyone. Tell someone – it could be your guidance counselor, your parents, or a close friend. Nobody is born into this world to be alone. Someone will always be there.

You can’t fight this alone. You don’t need to.