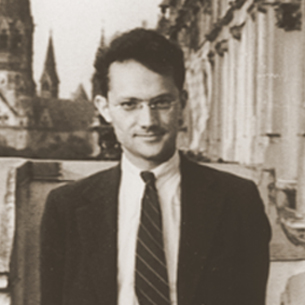 Varian Mackey Fry was born on October 15, 1907 in New York to Lillian and Arthur Fry. He grew up in a family with significant challenges. His mother was be in and out of hospitals for months at a time with severe emotional problems. His father was out of work for many days at a time, leaving Varian with two of his aunts who acted as his replacement mothers. He and his family moved to Ridgewood, NJ in 1910, and he attended Riverdale Country School, a K-12 school, after being expelled from two other schools – the Hotchkiss and Taft schools in Connecticut – in previous years. He later graduated from Riverdale Country School in 1926. He then attended Harvard University, where he was a researcher and editor for several magazines such as the Hound & Horn. While in Harvard, he married Eileen Hughes who was also an editor, at Atlantic Monthly. He then graduated from Harvard in 1931 with a degree in classics.

Varian first saw the horrible treatment of Jews when he visited Nazi, Germany for his job in the New York Times. He realized that he wanted to help save the Jews. He got permission from the U.S. government to help 200 refugees in immediate danger come to America. Varian traveled to Marseille, France in August, 1940 to find these refugees and get them to America.

When he arrived in Marseille, Varian reached out to the 200 people he was allowed to help, but rumors spread of why he was there and hundreds of people

came to him asking for assistance. Varian discovered that the U.S. would not help all of the people that had come to him and decided to work independently. Fry

began to smuggle out refugees illegally if they were in danger of being turned over to the Nazis. With the sudden influx of people to help, Fry and others created the American Rescue Center.

Fry’s 200 American visas had run out quickly so they tried to get visas from other countries. They enlisted a former cartoonist to forge documents and began to work in both legal and illegal ways. Fry reached out to America once more, asking if they would allow more immigrants into the U.S, but his letter remained unanswered. As the American Rescue Center began to help more and more people it became impossible to keep it hidden anymore. The French police attempted to stop Fry by raiding his office, but when that didn’t work he was arrested in December of 1940.

Even though his passport had expired Fry continued to rescue people until he was once again arrested by the French Police in August of 1941. He was given one hour to pack his things before being deported to the Spanish border. His deportation had been ordered by the French Ministry of Interior and the American Embassy had agreed. Fry described his departure by saying, “It was grey and rainy as I boarded the train. I looked out of the windows and innumerable images crowded my mind. I thought of the faces of the thousand refugees I had sent out of France, and the faces of a thousand more I had had to leave behind.”

Quite shortly before Fry’s death, the French government awarded him with the “Croix de Chevalier de la Légion d’Honneur.” In France, this is known as the highest decoration of merit. This was the only official recognition he ever received during his lifetime. In 1945, Fry’s memoir about his experiences in France, Surrender on Demand, was published. Shortly after his death, Assignment: Rescue, was published as a rewritten version of his very first memoir.

The United States Holocaust Memorial Council awarded Fry with the Eisenhower Liberation Medal in 1991. In 1994, Fry became the first American ever, to be recognized by Yad Vashem as a “Righteous Among the Nations.” This proved that Fry’s motivation for helping the Jews was for them only, and not for his own personal reasons. Varian Fry was not only a hero, but a local Ridgewood resident with an amazing story.