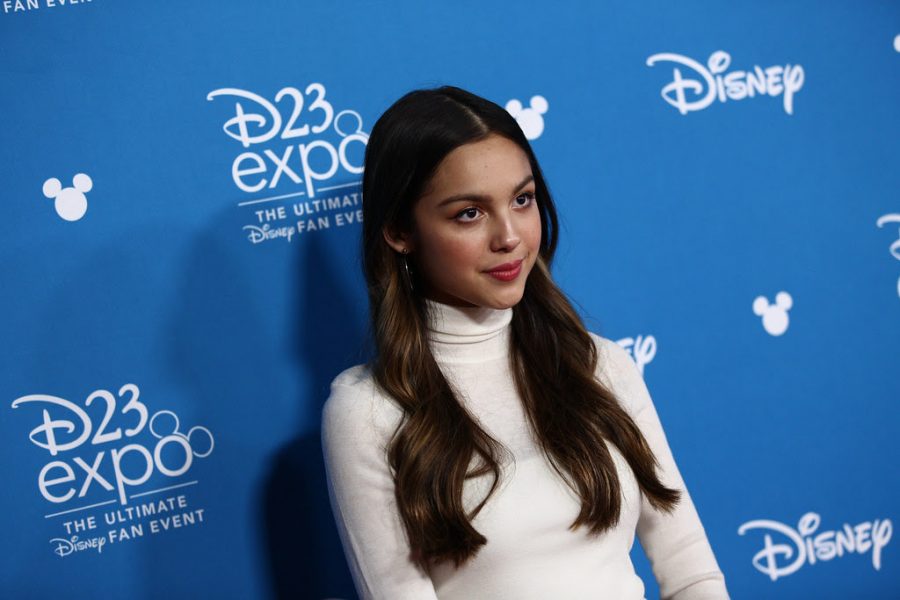 Have you heard “Drivers License” the new song by Olivia Rodrigo? Olivia Rodrigo, pop’s newest trending artist, has recently released a new album with a range of emotions that anyone should be able to listen to and relate to. This album is called “SOUR” and includes her hit single, the song you probably know her from, “Drivers License”. Besides “Drivers License”, there are 10 other songs that you might have never heard before. Many of them, might be better than the previous holder of the number one spot in the Billboard charts. All 11 songs together equal a duration of 34 minutes and 41 seconds, so it isn’t long and time-consuming to listen to. But is it worth the listen?

This album is true to its name, it has what you would call sour emotions. Some of them are about her own self-doubt and insecurities.  This is touched mainly on the songs “Jealousy, Jealousy” and “Brutal”. In both of these songs Rodrigo angrily, yet wittily shows her real emotions and experiences when it comes to comparing herself to others. “Com-comparison is killin’ me slowly,” the young artist sings in “Jealously, Jealously” which shows the effect on her mental health from her unrealistically high expectations. It is extremely important for people to be showing that it’s normal to feel this way, and Rodrigo’s lyrics may just help people come to terms with being happy with who they are and that it’s okay to feel “Jealousy, Jealousy”. After all, it’s brutal out here.

While Rodrigo’s music is insanely impressive for being her first album, she has gotten a lot of inspiration. Some of that being from Taylor Swift. Rodrigo has been open about her admiration for Swift for a while and even got to meet her at the Brit Awards. Rodrigo has even sampled Swift in a few of her songs.  The bridge of Swift’s “Cruel Summer” was taken into account when Rodrigo made the bridge for her own song, “Deja Vu”. “1 step forward, 3 steps back” samples “New Year’s Day”. Besides getting inspiration from Taylor Swift, you can also hear Paramore in Rodrigo’s “Good 4 U”. Being a new artist, it’s common to need some inspiration, and she got her from some of the best artists.

Rodrigo has written many heartbreak songs, but what is most admirable about the way she writes them, is the fact she never attacks her ex or his new girl. “But she’s beautiful, she looks kind ” is the jealous thoughts of Rodrigo in her song “Happier”. The way she speaks about her ex’s new girl is kindly. This is mature for any artist especially one her age, as a lot of artists known today tend not to be so kind.

All in all, this album seems to be wonderful for everyone. There are fast-paced, upbeat, angry songs. There are slow, sad songs. And, there are ones in between. The topics throughout the songs are relatable as well; if you’re 60, or if you’re 13, you have most likely have felt self-doubt. Even if you haven’t, it’s still enjoyable to listen to! This album was very fun to listen to and is recommended to any who hasn’t heard it.