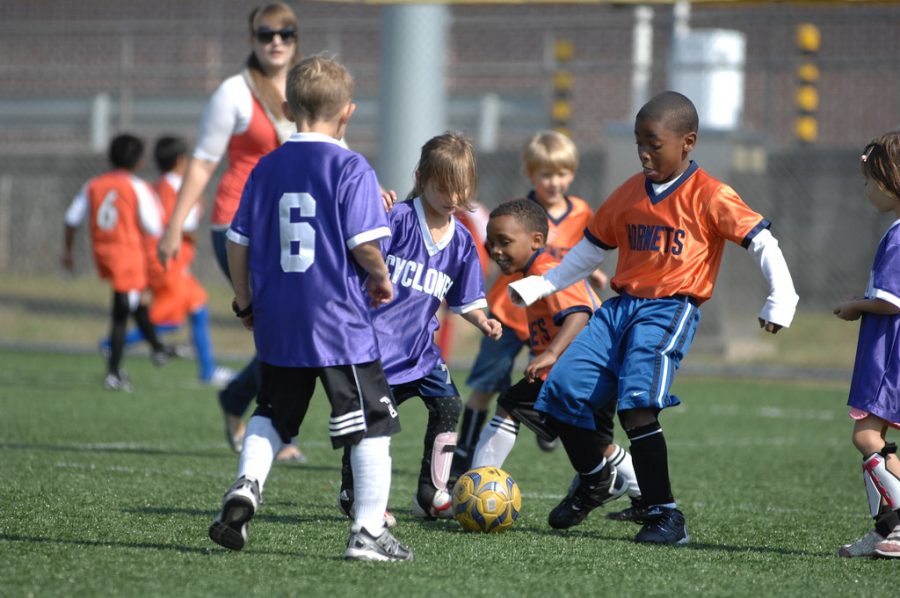 You would think that sportsmanship would come naturally at youth sporting events.  Kids are supposed to be having fun, while playing a game they love.  According to the NCAA, a whopping 7.3 million kids play high school sports across the US.  It has become so tough that only 2% of those athletes will earn any sort of money from colleges.  In a perfect world, games and practices would have no drama.  It is a chance for kids to not only develop as athletes, but also as people.  They become stronger and more self accountable.  Today, most kids and parents are only focused on winning.  With youth sports in the US being more competitive than ever, many people are willing to go to any length to get their kid ahead and make sure their child is the best.  They don’t care to see the lessons being learned from winning or losing.  Youth sports are being hurt from poor sportsmanship and extreme measures taken to make sure victory is the only thing that a kid will experience.

Parents are the most important part of a child’s life.  They are the ones who provide the love and support a child needs to succeed.  Without them, a child would not be able to have access to sports and competing.  Although it may sound simple, the parents are the ones that sign them up and get them started.  Some are paying thousands of dollars every year for elite training.

Today, many parents choose to be heavily involved, since they are the ones paying for the expenses along the way.  Ultimately a supportive parent can cause trouble, making sportsmanship something that is out of the picture.  The unimaginable may happen from parents.  Cursing, imitating and making comments about other kids, screaming at coaches and refs, getting physical towards other people and parents.  This is an example of entitlement.  There is nothing positive about this.  A New York City sports psychologist Dr. Leah Lagos says,”There is a fine line between a supportive parent and an overbearing one.  Being involved in everything; talking to the coaches, arguing with refs, and being extremely involved in tournaments and competitions.”  This has become such a big deal because children are only trying to please their parents.  Their own personal goals are out of the picture.  Parents acting like this is teaching society that doing whatever is okay even when it’s not.

Parents may be a big problem ruining sports alone. It’s even more unfortunate that winning is the only thing that is on people’s minds.  It is almost as if sports are showing people how not to behave. Of course, what’s a better way to end a season or game than bringing home the trophy?  Everyone wants the big gold trophy that sparkles in the light bringing smiles and laughter to everyone’s faces.  Vince Lombardi once said, “Winning isn’t everything; it’s the only thing.” Today, this famous quote has caused much controversy.  Everyone thinks about the outcome, not the performance.  This has led to parents pushing their children too hard to perform well.

Playing six to seven days a week trying to build the skills needed to win.  Kids are fighting on the field. They have no respect for the other players as people. During a basketball game against Kansas State in 2020, Kansas player Silvio De Sousa was at the center of the fight that broke out.  He used chairs and was throwing punches against players on the Kansas State team.  At the time his team was trailing by 21 points.  For viewers it was violent and hard to watch.  We cannot forget that this occurred because of words that were said between two players. Unfortunately some people just cannot accept that the other team or player was better and give them credit.  All in all, moral values are being destroyed. A loss teaches you to work even harder and push for more next time while becoming physically and mentally stronger.

Finally, having an advantage is nice.  It gives you a chance to plan ahead and prepare for the worst.  In some ways a weight is lifted off your shoulders.  Playing fair is something everyone wants and hopes for.  Today not many people think cheating is a possibility, but to others cheating is the only way to victory.  It is a way of life for many.  For some this not only happens on the fields, but in the classrooms.

Winning by cheating may as well be considered a loss.  There are different kinds of cheating but all of it affects the athletes.  It can be anything from performance enhancing drugs, bribing, and just playing dirty.  It creates a toxic environment with kids who are frustrated and torn apart.  Some kids cannot handle it.  Putting up with coaches and kids who do not play by the rules is exhausting.   All of it destroys values of hard work and rule following for the other kids.  Their hard work no longer feels valued.

What is unfortunate about this is many athletes get away with it.  According to Dr. Chris Stankovich a sports counselor, and researcher in the field of sport, exercise, and health psychology, “The decision whether to cheat revolves largely around the chances of being caught-in other words, if the risk for cheating is low the chance for cheating increases, and if the chance of being caught is high fewer kids contemplate cheating.”  This is showing the problem with bad sportsmanship.  If a kid can get away with it, they are going to do it.  They don’t stop and think about how the other people might feel.  It is an act of selfishness that in many ways cannot be stopped.

The importance of bringing back sportsmanship is going to make or break how kids foresee and remember their time as young athletes.  It is highly unlikely that kids across the country will play professional sports.  They might play collegiately, but then go out into the real world and get a job. Parents need to sit back and relax.  The coaches are there for a reason, that’s why they are training kids.  The refs are there for a reason as well.  They are just trying to do their job the best they can.  Humiliating your child with certain stunts including cheating puts their future at risk.  Stealing joy from them makes their life miserable.  Sometimes a little push is okay, we all need that.  We want them to give their all, but not take the fun out of sport.