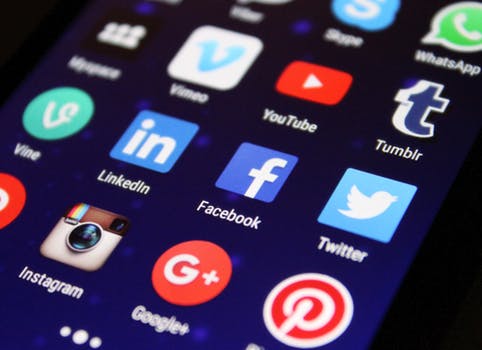 Social Media is a platform for computer based networks that connect people online. Social media has been around for about 40 years, ever since Usenet appeared in 1979, being the first recorded network that enabled users to post to newsgroups. In 1999 the first blogging sites started becoming popular which lead to the social media sensation that still exists today.

Many parents, and guardians worry about how technology may affect the minds of their children, and if it will cause any harm to their development. After a test to see how social media platforms affected the mental health of children in the UK, ranging from 14-24, Child Mind Institute concluded that “Snapchat, Facebook, Twitter and Instagram all led to increased feelings of depression, anxiety, poor body image and loneliness.” This study confirms the fears of parents regarding social media. It shows that deep involvement with social media may actually be bad for mental health since studies indicate it can lead to the development of harmful emotions within our youth.

Social media is affecting our real lives because based on an article teens are using social media when they should be doing homework, they do this until they need to go to sleep, and some of the teens stay up past the time they need to go to sleep and just stay up on their phones, or computers on social media. Most teens are on social media even when out with their friends, and most potential conversations are passed up by looking down at a phone and texting. A majority of teens are not doing homework just to be on social media, which can lead to poor grades in school. Social Media is contributing to students not paying attention while in school.

Social media also can change the  attitude of children. Some people believe that if they don’t have a certain amount of followers on social media or if they are not using it enough, they will not be cool to their friends or that they may not have as many friends. Another way that social media can affect attitude is if people are on it all the time and when their parents tell them to get off of it, they might get really mad or act out and be really rude to their parents, and this is a problem because the teens need to learn discipline and that they can’t always have it their way.

Social media can offer its users the chance to connect with each other in ways that were previously unavailable. However, things are not always what they seem, and a constant barrage of images, and messages that seem to imply that life is better everywhere else can have consequences. As studies have now shown, while social media can help people connect with others, social media can have a negative effect on many of its users, and so should be used with caution.